Luxtone Media was called upon to develop visual themes for the outside skin of a high-tech Movie Booth that captures short Frozen Moment video loops that visitors can share online. Working closely with The Field Museum of Chicago and the developer of the Movie Booth, Big Freeze Worldwide, Jim Colao wrote multiple catch phrases to accompany 10 large images that form the entire outside circular walls of the booth. A final set of 10 "calls to action" were arrived at through creative consensus.

The overall design objective was to not only highlight the Museum's unique T-Rex famously known as "Sue," but to also present the Movie Booth as an exciting, modern attraction that provides a unique take-away for every visitor. The Field360​ was open to the public for several months in 2015.

Jim did all the image searches, retouching, resizing, compositing of backgrounds and prep for final printing. Jim designed the Field360 logo as well, which was inspired by the Museum's logo as a direct tie-in, but with enough distinction to have it's own identity.

Jim wrote the copy and designed the layout of the built in Kiosk, which is where visitors pay for their Movie captures. 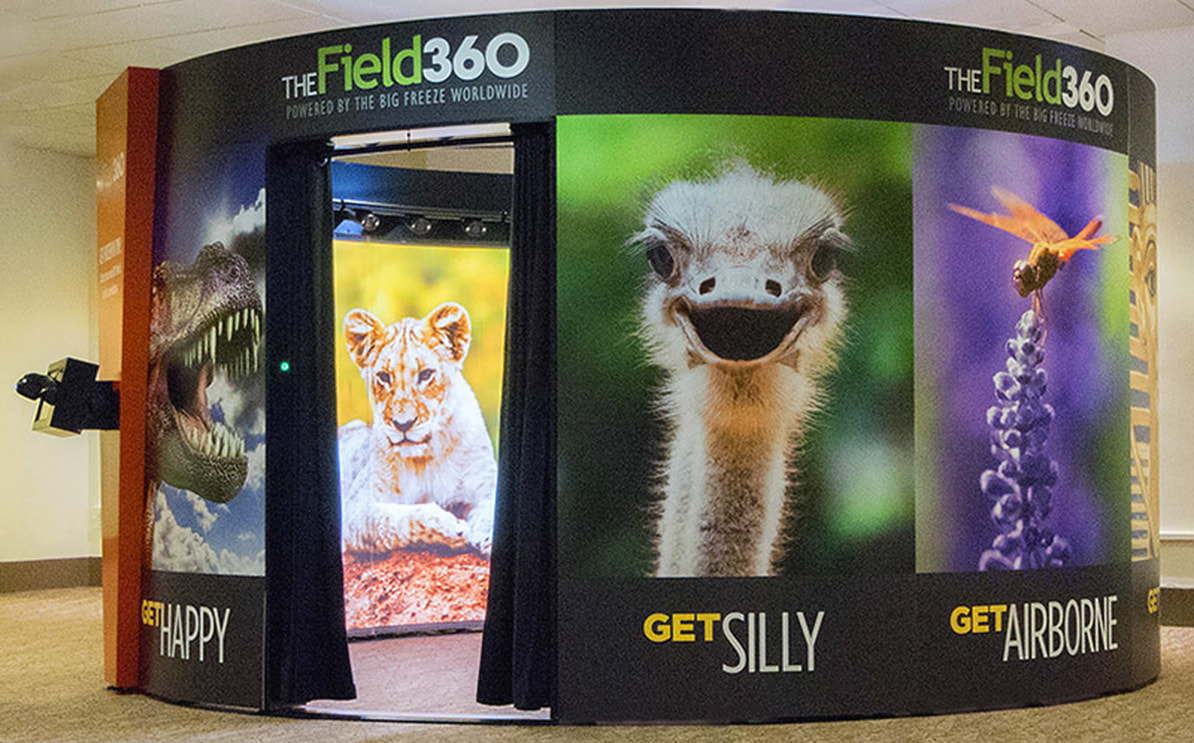